Highlighted: electric vehicles are gaining ground in Europe, so is the ‘next generation of caravanning’

Home » Nieuws » Highlighted: electric vehicles are gaining ground in Europe, so is the ‘next generation of caravanning’

Highlighted: electric vehicles are gaining ground in Europe, so is the ‘next generation of caravanning’

With the TakeOff, camping with an electric car is no longer a utopia. Due to its low net weight, ultra-low drag coefficient, and negligible extra frontal area of the combination with the TakeOff, rolling resistance, slope resistance, acceleration resistance and, last but not least, air resistance remain significantly lower than for a combination with a traditional touring caravan. We list the growth of electric cars and charging station infrastructure in a number of European countries.

Another sharp increase in 2022, the Netherlands and Scandinavia leading the way in EV growth and charging stations

In the Netherlands, the country of origin of the TakeOff, the electric car is gaining ground. More than 316,000 EVs were on the road by 30 November last year, reports the Netherlands Enterprise Agency RVO. Some 21 per cent of new cars sold in the Netherlands last year, counting through November, were fully electric. The Netherlands is seen internationally as a major player in electric mobility. The country was one of 4 European countries in 2020 where at least 25 per cent of new cars sold were electric. The other 3 countries were Norway, Iceland and Sweden. And in terms of charging infrastructure, no other country has the same density of charging points as the Netherlands. Development is also fast in other European countries:

In Norway, almost 80 per cent of newly sold cars are now electric. This is according to data released by the Norwegian automotive trade association OFV. Norwegians bought over 174,000 cars last year. Of these, over 138,000 were fully electric. Tesla was the most popular car brand among Norwegian motorists. The US company sold over 21,000 vehicles. This was followed by Volkswagen, BMW and Toyota. According to the OFV, the Tesla Model Y was the most popular car, followed by Volkswagen’s ID4 and the Skoda Enyaq. The share of electric cars rose considerably last year: by 2021, 65 per cent of new cars sold were electric models, up from 80 per cent last year. Ten years ago, only 2.9 per cent of new cars sold were electric. 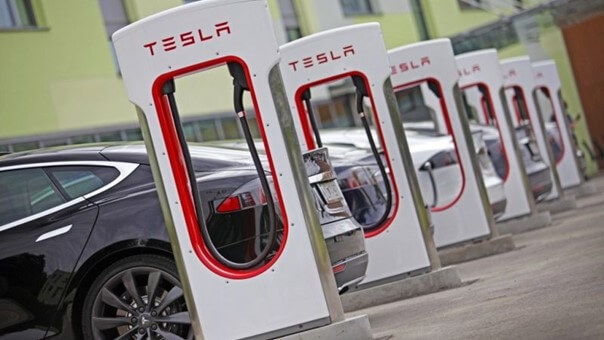 Norway wants no new cars sold to run on fossil fuels by 2025, even though the country itself is a major producer of oil and gas. The Norwegian government is encouraging this with generous tax breaks on electric cars; these cost the Norwegian treasury some €4 billion in tax revenue last year, converted to euros. 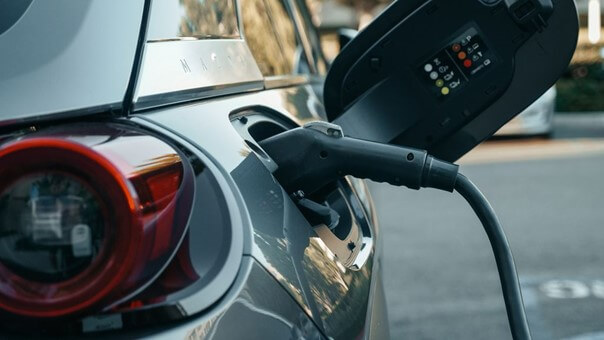 Germany is putting billions into expanding its electric car charging network in the coming years. 6.3 billion euros will be invested over the next three years. The number of electric vehicles is growing by almost 25 per cent year-on-year in the country. Currently, 14.6 per cent of all newly registered cars in Germany are electric. Germany expects an exponential increase in electric vehicles in the coming years and wants to make its infrastructure ready for this as soon as possible. According to the ministry, there are about 70,000 charging points in the country, of which 11,000 are fast chargers. This is not enough to meet the current need. The German government’s goal is to have 1 million public charging points available by 2030. 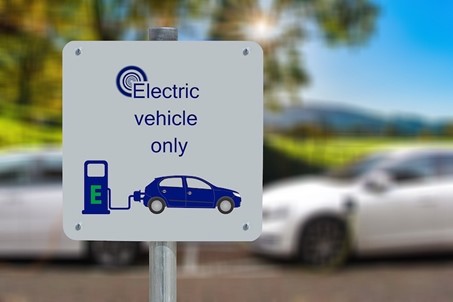 The number of electric cars on Dutch roads is growing rapidly. This is shown by figures from BOVAG, RAI Vereniging and data centre RDC. As of 1 September, more than 300,000 electric passenger cars were registered in the Netherlands for the first time. Compared to more than 2.5 years ago, the number has almost tripled. On 1 September 2022, the Dutch fleet numbered almost 9.2 million passenger cars. 79 per cent of these have a petrol engine, or 7.2 million units. Earlier this year, the number of diesels already dipped below the 1 million mark for the first time since the beginning of this century. On 1 September, it was just under 950,000. This corresponds to over 10 per cent share. The total number of electric passenger cars stood at 303,348 at the beginning of that month. On 1 January 2020, it was less than 108,000. In addition, there are now almost 600,000 cars with a so-called hybrid drive, plug-in or otherwise. That is almost twice as many as more than 2.5 years ago.
More and more new brands and electric models are entering the European market. This can also be seen in the composition of the fleet and the result of large-scale investments in zero emission passenger cars. Another key driver of exponential Dutch growth is the rapid development of charging station infrastructure; the country is a leader in this field.

From 2035, no new diesel or petrol vehicles may be sold in the EU. On Wednesday 8 June, the European Parliament approved the proposal to set 2035 as the deadline for the car industry: by that year, manufacturers will no longer be allowed to sell new passenger cars or light commercial vehicles with combustion engines. According to the Commission, passenger cars and vans account for roughly 12 and 2.5 per cent of the EU’s total CO2 emissions, respectively. By banning the sale of combustion engines from 2035, the EU hopes to take a big step towards full climate neutrality by 2050.
Incidentally, it is not the case that only electric cars will be allowed to be sold from 2035: fuel cell vehicles will also get a free pass. These run on hydrogen and Europe wants to invest massively in these too.

TakeOff: ready for now and the future

In a combination with a traditional touring caravan, the total frontal area of car and caravan can easily double (orange area indicates increase in frontal area). The TakeOff – depending on the type of tow vehicle – falls almost entirely in the ‘shadow’ of the tow vehicle’s frontal surface, thus keeping the additional drag to a minimum. An ANWB road test over a 550 km route recently showed that the energy consumption of a fully electric car with a TakeOff is only 25.7% more compared to the same car solo. With a traditional caravan, the additional consumption can easily be 1.5 to 2 times as much.

There is already a TakeOff from €17,995, with our product configurator you can easily put together your own TakeOff at home: https://www.easycaravanning.com/en/editions/.

‘The next generation of caravanning’ can be viewed at one of our dealers, for dealer addresses (and availability of show models) visit https://www.easycaravanning.com/en/dealermap/.