DWH: “So you were watching TV and then Maarten de Roos, your old boss at Kip Caravans, called?”

Rikus Hoving, smiling: “Well, that’s what it came down to. We are former colleagues and we never really lost sight of each other. A couple of years ago we were having dinner together and catching up on old times until the small hours. And then Maarten came with his sketches on the table. I was right on the edge of my seat: at Kip I was involved in product engineering until I retired, so to speak, finding out whether designs were feasible and producible. I’ve done that for 38 years. It’s a great job and I prefer smart compact camping equipment the most. Being busy with the functionality of every square centimeter – that’s what I like.”

Rikus Hoving: “Haha, that’s right. But cars (and engines) are getting smaller and smaller, they can’t pull as much as in the ancient times. That’s why lightweight is nowadays so important. And there’s just a group of people who don’t want to drive a caravan, apart from the handling on the campsite. The TakeOff (actually a crossover of a tent trailer and a traditional compact touring caravan) fits behind every car; with the rearview mirror you keep full overview of the surroundings and the traffic behind you. You also don’t need additional side mirrors on the car. And on the campsite people don’t want to push and pull anymore to put a heavy caravan in place and then zip on an awning as well. That should be simpler. And faster. People just want comfort and convenience. The TakeOff is a product that just wasn’t there yet.”

Rikus Hoving: “First about setting it up: it’s as simple as the trunk of a car – we’ve been working on that for a long time. Gas springs fold out the TakeOff, and of course, when you fold it in, there shouldn’t be any canvas in the way. We’ve done it all. You have inside standing height, two comfortable side benches that quickly transform into a large double king-size bed. There is room for a toilet and the kitchen can be used both inside and outside. With snap-on couplings for gas and drinking water, click and go.”

DWH: “There must have been some challenges before you could start building …”

Rikus Hoving: “Sure! And not only from a technical point of view. After a few months, we decided to ask for the help of another old acquaintance: industrial designer Frans Hegge, to put the TakeOff in a beautiful jacket. With Frans and his team we really made something special out of it, the styling is completely contemporary. But you also need to think about funding. Do we want to invest ourselves or are we looking for a suitable partner? In 2017 we shared the idea with Wim van der Vorst, owner of ‘De Vouwwagenspecialist’ and since 2015 of tent trailer manufacturer Holtkamper: folding trailers in the top segment of the market. We immediately had a click and he didn’t have to think about it for a week. With Wim and Holtkamper, we can make the TakeOff completely ‘made in Holland’.”

DWH: “And why is the TakeOff going to be a Dutch success?”

Rikus Hoving: “Because it works, because it’s affordable and because we tap into new target groups: young people, the elderly, adventurous people who want to go out comfortably for a few weeks or just for the weekend. Basic but still comfortable. And a good night’s sleep on a good bed. But we’re also thinking about renting out: hooking up and driving off with it. Maybe even TakeOff’s at rental locations abroad. I’m just sure this will work.” 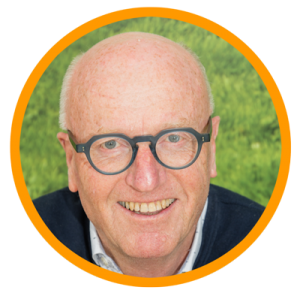