Behind the scenes: Karsten Tents

Behind the scenes:
Karsten Tents

In Emmen we are busy with all preparations for the production start-up of the TakeOff. The production of the showroom models is progressing steadily, mid March we will start with the assembly of the ‚First Edition‘ models. By the end of March the TakeOff will be on display at the festive opening of our three tent trailer centers in Boxtel, Utrecht and Emmen in The Netherlands and at our German dealers in Karlsruhe and Bottrop. Further extension of the European distribution network is in progress.

After the successful introduction of the prototypes at the Dutch Camping & Caravanning fair in Utrecht in October last year, we have kept you informed in the ‚In the spotlight‘ section in recent months about what will change in the production version of the TakeOff. You can read this again under the news items on our website.

In the new section ‚Behind the scenes‘ we give you a look behind the scenes of Easy Caravanning and the realisation of the TakeOff. This week we will tell you a bit more about our Dutch partner Karsten Tents.

It all started for Karsten in 1981 at the Camping & Caravan RAI and an excellent test in a camping magazine. The unique inflatable frame revolutionised the industry. After that, a lot of special Karsten tents were made, and not only for camping enthusiasts. The Red Cross and the army, for example, also knew how to appreciate Karsten tents. Karsten also makes professional work tents for the construction industry, see also:

A Karsten Tent is an established name in the camping world, it is not for nothing that we enlisted the help of Karsten for the development of the TakeOff. Both the canvas flex wall of the TakeOff and the special X10T awning combination were developed in close cooperation with Karsten. It is quite special that this is a quality product ‘made in Holland’, making these tents is still craftsmanship. By now, Karsten Tents is one of the few remaining tent manufacturers in the Netherlands. And since most products nowadays have a ‚Made in China‘ label, that is also the strength of the company. In this way Karsten keeps control of the quality and is able to respond flexibly and quickly. All parts and materials are tested in-house. 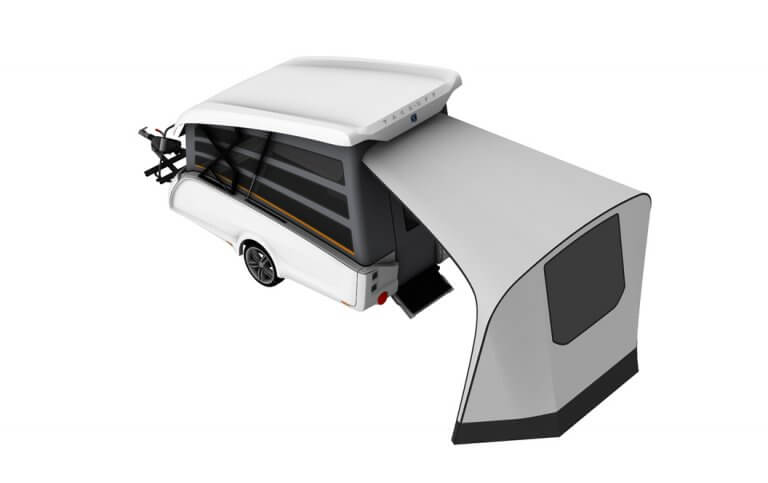 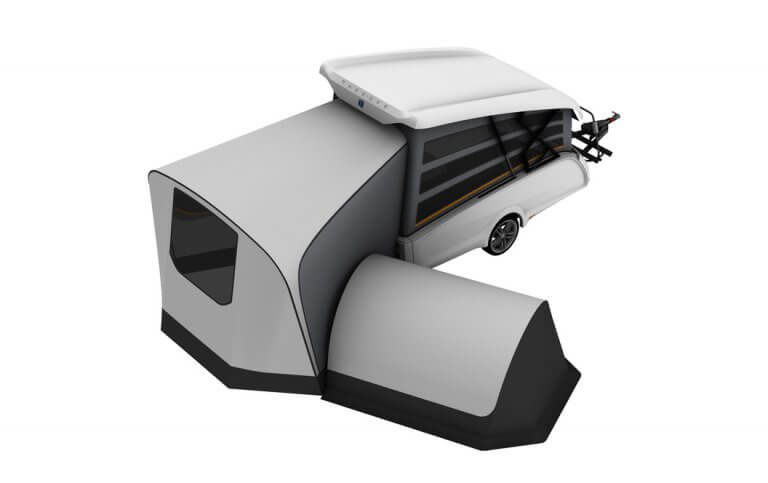 The X10T is a ‚pole tent‘ but with the quality and set-up speed you are used to from Karsten. The awning tent has only 1 custom-made arch, that’s all. Just like all other awnings from Karsten, 100% cotton Ten Cate tent fabric is used for an optimal living climate and fit in all weathers.